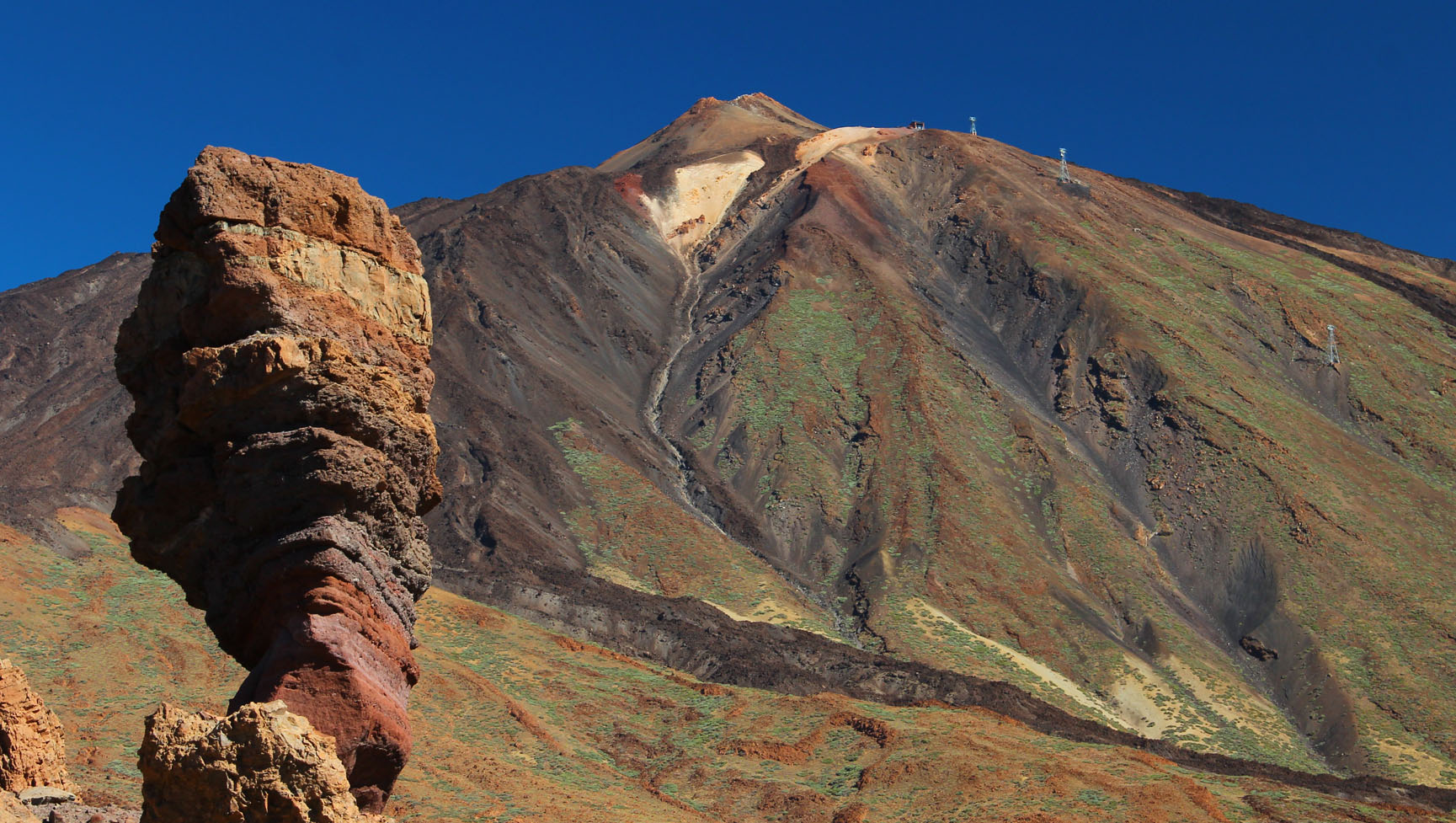 No, it is not the Black Forest. Neither The Pyrenees, nor The Alps: the most visited National Park in all of Europe is Teide National Park. Registered as such the 22th of January 1954, it is the oldest of all the Canary Islands have, and the third one of Spain. Its impressive characteristics allowed it to be registered as World Heritage by the Unesco in 2007, and named as one of the 12 treasures of Spain. Such a geographic jewel doesn’t go unnoticed, and this is why in StarExcursions we have a trip specially dedicated to this astonishing volcano. Teide National Park is its name.

The trip to the heart of Tenerife starts in the south of the island. The journey has in Vilaflor its first stop. After having crossed the municipality of Arona, we will arrive to this small town, the highest of the Canary Islands, which is also one of the highest of Spain. This characteristic demands our attention, and this is why we will stop there, to visit its tiny streets and the parish church. After this short stop, we will go back to the road, in order to arrive to Corona Forestal Natural Park, a big forest which surrounds Teide National Park, and also the gate to enter it. This marvelous landscape has in the canary pine its principal character, but it is not the only one in this explosion of vegetation. Apart from this, we will observe its exceptional orography, which will be study in deep. El Teide is not the only big mountain Tenerife has…

We will access Teide National Park through Boca de Tauce. It is a natural lookout spot from which you will be able to observe another one of the many unknown treasures Tenerife has. We are talking about El Pico Viejo (“The Old Peak”). This volcano is 3135 meters high, and the second-highest point of Tenerife and the whole archipelago. We will observe in detail both mountains, El Pico Viejo and El Teide, from El Valle de Ucanca. We will make a stop there, in order to admire these and many other geographic beauties, such as Los Roques de García, a set of rocks very well-known because of their peculiar shape.

An old quarry is the next stop in this route. Don’t worry, we will be safe. Las Minas de San José is the name of this quarry, where piedra pómez was obtained (a type of rock widely used in the whole archipelago). This place accomplishes a radically different function nowadays. Although it is abandoned, it is still used by canary residents. Believe it or not, snow is also possible in the Canary Islands, and the whole Teide National Park is a place where normally it falls, during winter. Because of their morphologic characteristics, this old quarry is used as an improvised ski slope. After this extensive journey through Teide National Park, it is time to get back to the place where the excursion started. We will cross again the Corona Forestal Natural Park before we arrive at a small village call Chirche. After 4 hours of guided visit, the experience comes to its end, but not without the feeling of having discovered in deep the most beautiful of all canary treasures. If you wish to experience such an incredible trip to this amazing natural area, Teide National Park excursion is the one you are looking for.

Meeting point
The excursion starts in the South of Tenerife.
Duration
The excursion is 4 hours long.
It includes
Transport and guide’s explanations in the chosen language.
What to bring
Warm clothing. Do not forget that we will be more than 2000 meters high.