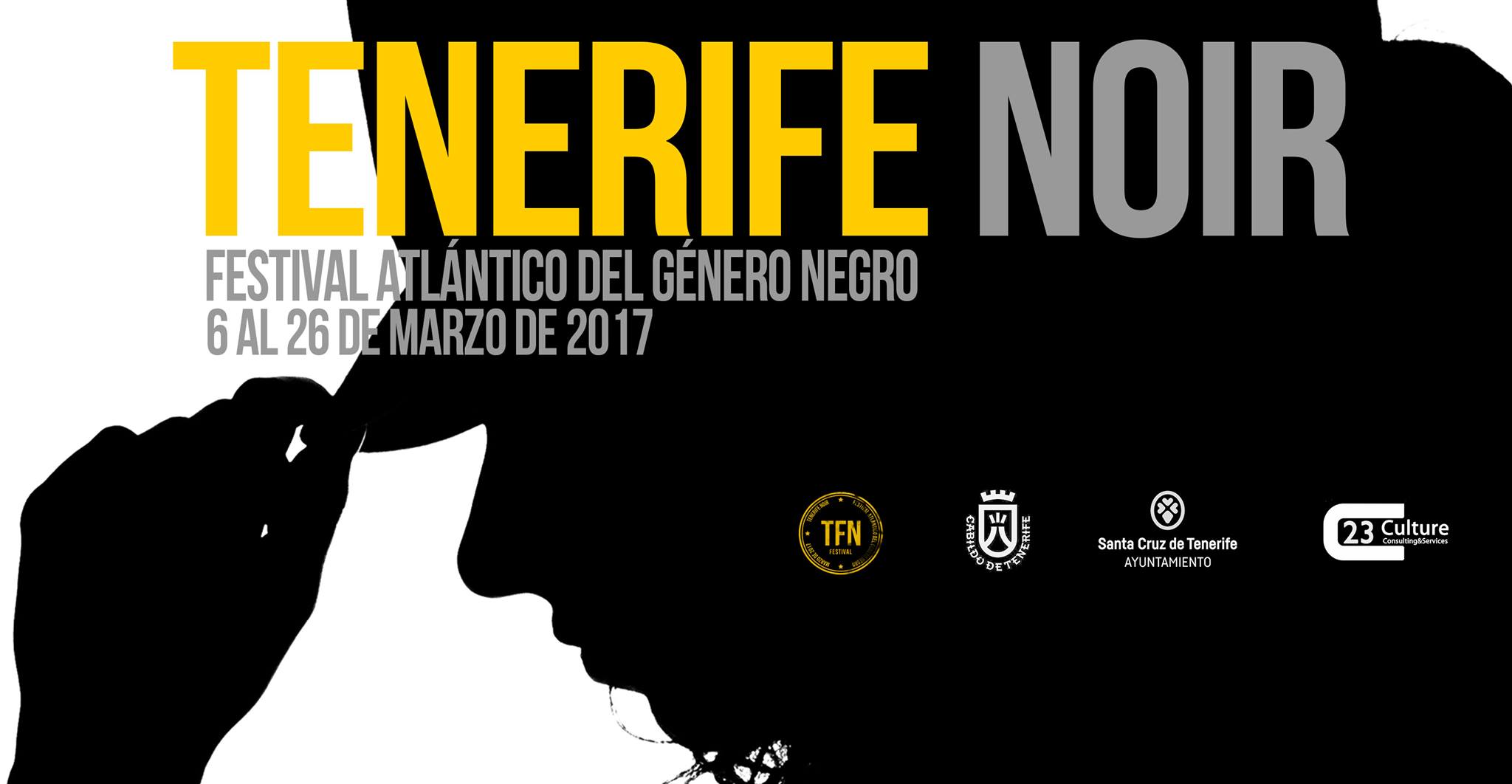 Santa Cruz turns black in the second edition of the Atlantic Festival of Noir Genre, best known as Tenerife Noir Festival. Between the 6th and the 26th of March 2017, a series of activities based on this type of fiction genre took place in different parts of the island (in the cities of Santa Cruz and La Laguna).

Tenerife Noir Festival has been organised by the Cabildo of Tenerife, C23Culture Consulting & Services and the City Hall of Santa Cruz de Tenerife. The aim of this event is to discover this genre to the citizens of the island, for normally it is not very appreciated. To achieve this goal, the organizers elaborated a large and varied cultural schedule. It has been 3 weeks filled with cultural activities, which made Santa Cruz the center of noir genre, at least during this period of time.

This idea was born in 2015, when a group of professionals of this cultural field -specifically, realistic and social culture and literature- decided that they had to create such an event as this. The idea was to reach other big noir genre festivals that are organised in different parts of Spain, such as “La Semana Negra de Gijón”, “BCNegra”, “Getafe Negro”, “VLC Negra”… In turn, they wished to make Tenerife Noir Festival a unique occasion, different from the rest. This was achieved through diversity, as there are lots of varied activities and artistic expressions. Thanks to this fact, the festival is also a bridge between Europe, America and Africa.

Sergio Vila-Sanjuán and Lorenzo Silva, two winners of the Nadal Award -the last of them, also winner of the Planeta Award-, have been the most important authors invited to Tenerife Noir Festival. We could also add Leonardo Padura, winner of the Princesa de Asturias de las Letras 2015 Award.

During these weeks, more than 50 experts have participated in many different activities organised by the festival, which has been an important quality leap for the organizers. The participants were writers, noir experts, professors and journalists, who came from different parts of Spain and other countries.

We must point out the support that the event gave to the canary writers. They were able to get in touch with other professional colleges, editors and academic specialists, to whom they had the chance to expose their work. Apart from this, Tenerife Noir Festival was also a way to promote their books to the public. However, it would be unfair to focus our attention just in the canary writers. We do not want to leave anybody out of the large list of participants, so here are the name of all the experts that participated in Tenerife Noir Festival:

The event has 4 fundamental pillars

There are 4 main areas in Tenerife Noir Festival: the educational, the academic, the social and the cultural ones. In all these fields, literature received a key role, both for writers and for readers. The event consisted of a series of film projections, seminars, board games sessions, conferences and even culinary workshops. The most stimulating activity of the
Festival was Tenerife Noir Express

The best part of the event was Tenerife Noir Express. This activity consisted of shooting a short film of noir genre that would emphasize the idea of Santa Cruz as a noir city. The contest took place between the 18th and the 25th of March, and one of the main requirements was that, at least, the 50% of the movie was shot in Santa Cruz.

As we have seen, Tenerife Noir Festival is an event created mostly to generate synergies between authors and readers, and between them and the literary industry. The result is a total defense of noir genre, specially in the literary field, because it is one of the thematics that has more problems to reach the public -and this is specially true among youngsters. What will be the future of
Tenerife Noir Festival?

How much more can this event grow? As Javier Hernández Velázquez, the comissar of Tenerife Noir Festival, already said, the idea is that this event could be developed in every island of the archipelago in a few years.

For the time being, it is the only event of this kind that is celebrated in the Canary Islands. But, given the success that this two editions have had, and the interest that it generates among both public and private institutions, it seems to be quite probable that Tenerife Noir Festival will be expanded in the next few years.

So, although we do not know the future, it looks nice! Because of that, in StarExcursions  we wanted to accelerate the dissemination of this event by writing this text. We hope you have enjoyed it and want to participate in the next edition of Tenerife Noir Festival!

All the images of this text have been kindly shared by the press department of Tenerife Noir Festival.