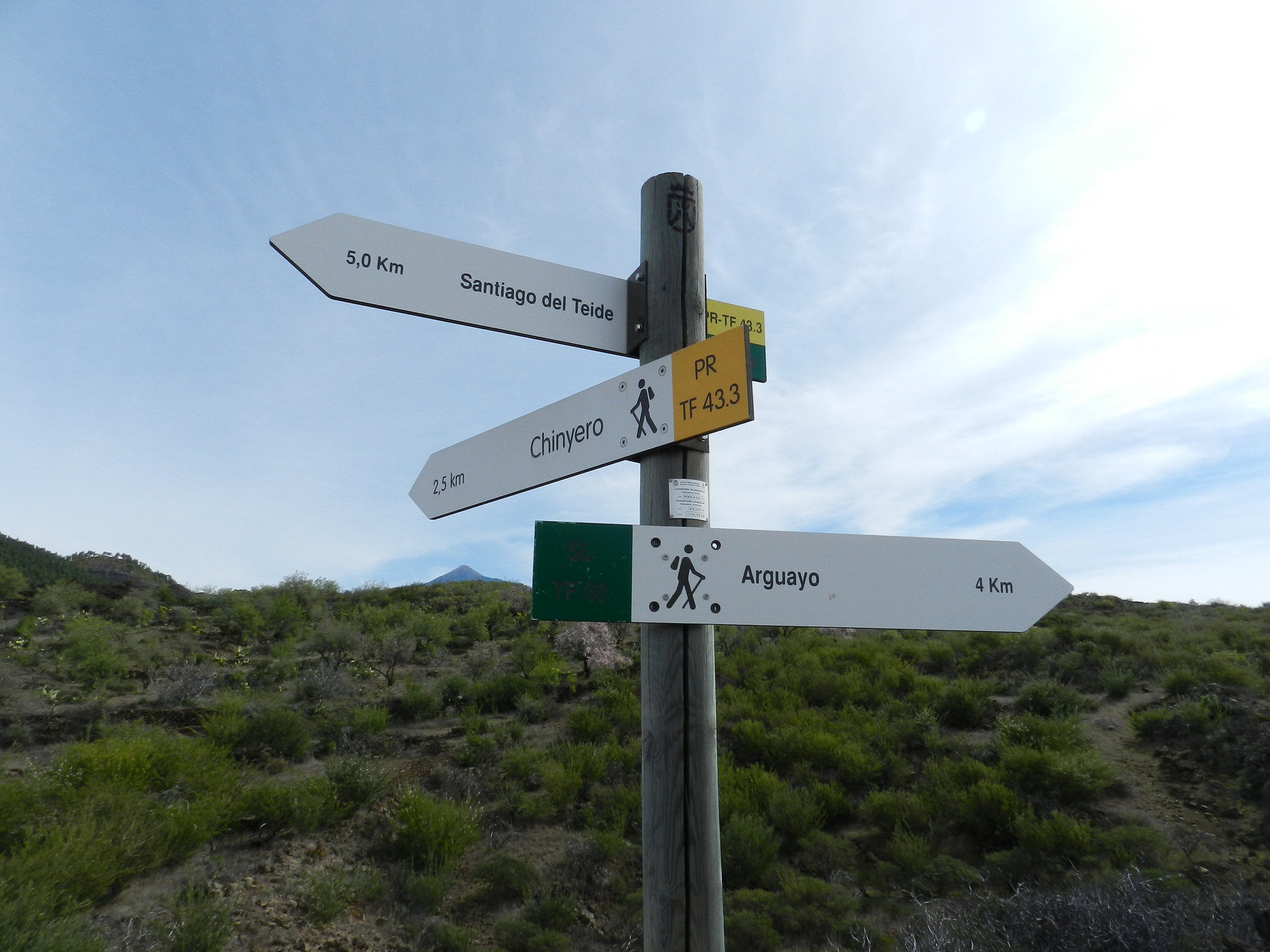 After several successful editions, the island continues this event, which supports the communion between human beings and nature. As you might know, nature is one of our main interests in StarExcursions, so it is fundamental for us to talk about this magnificent activity, Tenerife Walking Festival. It will take place between the 23rd and the 27th of May 2017, in different parts of the island. However, El Puerto de la Cruz will be the nerve centre. There will be more than 20 pathways available, so it will be an extraordinary chance to discover Tenerife in a unusual way. For all these reasons, Tenerife Walking Festival has become one of the most important hiking events of all Europe, so in StarExcursions we encourage you to take part in this adventure!

During the launch of this edition of Tenerife Walking Festival, several political representatives of the island were present and gave their opinion about this activity. The vice president of the Insular Cabildo and counselor of Tourism, Alberto Bernabé, said that:

“after three editions, Tenerife Walking Festival has become the main hiking event of Spain and Europe. At the same time, it boosts other types of tourism in our island, apart from the main one: sun and beach tourism”. On their behalf, the chief executive officer of Tourism of Tenerife, Vicente Dorta, has analysed the mobilization that Tenerife Walking Festival has provoked:

“so far there are almost 200 participants, which is similar to last year. We find it ideal, because it allows the proper development of this event, and it also boosts local business of active tourism”.

It is worth mentioning that in this activity every type of hiker can participate, whether they are affiliated or not.

As we have mentioned at the beginning, Tenerife Walking Festival will have its nerve centre in El Puerto de la Cruz. Also, there will take place the receipt of the hikers from all over the world. As you might observe, this city is one of the main activity focus of the island, as it happened this very May with Mueca Festival 2017.

Regarding this matter, the Tourism councillor of El Puerto de la Cruz, Dimple Malwani, has expressed that the election of this city as the nerve centre is a huge opportunity, because this activity

“matches perfectly with the idea we have about El Puerto de la Cruz: a multi experience destination”.

As we always point out in StarExcursions, Tenerife is much more than sun and beach tourism.

What will Tenerife Walking Festival 2017 be about?

As we have already mentioned, Tenerife Walking Festival will start next Tuesday, the 23rd of May, and it will do so at 19:00. At this hour, the welcoming ceremony will take place in Europa Square, in El Puerto de la Cruz. There, the participants will be invited to have a drink with the rest of companions. Before that, between 16:00 and 19:00, the collection of accreditations will have taken place.

This is all that will happen during the first day. It will be from the second one when the hiking activities will be developed. There will be more than 20 different pathways, and the routes will start at very different hours -from dawn till dusk-, but always starting at Europa Square, in El Puerto de la Cruz. The main idea is to enjoy every route at its best time! One of the many astonishing views you can find in Tenerife

These 20 pathways with harbor up to 22 different routes, which will be grouped in three fields: 5 coastal, 5 forestal and 12 volcanic routes. To assure the development of any of these tours, at least 20 hikers must participate; at the same time, in order to make the route comfortable for everybody, no more than 25 people will be able to participate at the same time.

The organization of Tenerife Walking Festival has wanted to give its event a diversity turn. This can be clearly observed in the variety of routes that has been programmed. During these four days, visitors will be able to discover Teide National Park entirely -Heritage of Humanity- or Teno and Anaga Rural Parks -the last one has been declared Biosphere Reserve-. All these routes have different levels of difficulty, a fact that will allow participants to choose the ones that fits best to their physical condition. We also must bear in mind that Tenerife has a huge variety of climates and landscapes, according to the part of the island a man visits. As a result, the routes are prepared to bring the participants the possibility to cover every type of climate and landscape that he or she prefers.

As it is usual, Tenerife Walking Festival is not reduced to the organization of hiking routes. Meanwhile, other kinds of activities will also take place during these four days, although every one of them are, of course, related to hiking and canary culture. The thing that might be more remarkable is the group of lectures that different speakers will offer. They all are related to hiking, mountaineering and nature. The most relevant one will be the one that will offer Sebastián Álvaro, one of the leading roles of this sector in Spain. He has also become the sponsor of this event, after his two last participations. Some routes transit or end in the sea!

There will be other activities too, such as a photographic exhibition, organized by Sebastián Álvaro itself. He will share a series of landscape photographs from all over the World, made by himself. There will also be a photographic workshop, in which you will be able to take landscape pictures with your own smartphone.

It is also worth mentioning the creation of business areas. In them, different companies of nature tourism will be able to interact and find new ways to make this sector evolve. And finally, we have a gastronomic exhibit. There, you will be able to taste local products and also to watch a series of show cooking exhibitions. This will happen the last day, so it will be the best way to end Tenerife Walking Festival 2017. As a result, Tenerife Walking Festival 2017 begins with the intention of exceeding any expectation and with the aim of consolidating itself as an authentic european leader of the hiking sector. Would you like to visit our island from this point of view? In StarExcursions we do not hesitate: Tenerife Walking Festival is an ideal platform to get in touch with Tenerife’s nature! Featured image: Around Tenerife (link to the license)