StarExcursions
Home Blog The Orionids: what are they and when to watch it 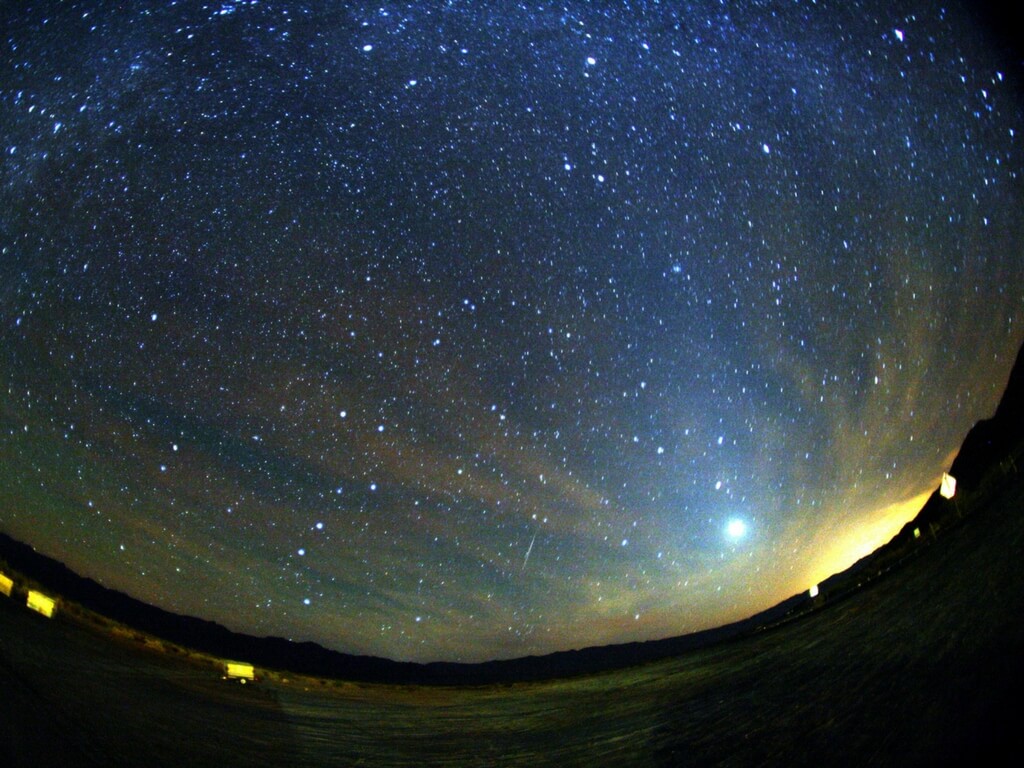 The Orionids: a visual spectacle during the nights of October

The Orionids are an annual meteor shower (also known as Orionid meteor shower) which is generated by the 1p/Halley’s Comet (best known as “Halley’s Comet”). It appears from the 2nd of October to the 7th of November, and the 21st of October is the day in which the intensity is the biggest. And since last saturday was the 21st of October, in the StarExcursions blog we have not miss the chance to talk about another relevant atmospheric phenomenon, as we previously did with the Perseids.

As well as it happened with this article, we have decided that the most interesting thing is to explain the phenomenon itself and what causes it, instead of just giving advices about how to observe it. Given the fact that the space and the stars are vital for StarExcursions, we put all of our passion and knowledge every time we can. So, let’s go!

What are exactly the Orionids?

The Orionids are a meteor shower of moderate activity, unlike the Perseids, whose activity is intense. The degree of activity is measured by the ZHR, which means Zenital Hourly Rate. By using a mathematical equation, a number is obtained. With it, every meteor shower can be put in its concrete intensity rate. What is ZHR based on?

How are the Orionids generated?

As we have already mentioned, the Orionids are created by the action of 1P/Halley’s Comet, best known as Halley’s Comet. It is a big, brilliant meteoroid (a meteor that has not entered the atmosphere) which orbits around our sun, so, because of its closeness, it is one of the most studied ones, as well as the most famous of all.

It takes between 74 and 79 years for the comet to complete an orbit around the sun. So, in general, humans can only watch it a maximum of 2 times in their life. The last time that could be watched from the Earth was in 1986, and the nex time will be in 2061. In the post in which we talked about the Perseids we already explained in detail what was exactly the physical phenomenon that causes the meteor shower, so if you are curious about this topic, we suggest you to visit this article. However, we are going to explain it here in a simplified way. Comets, as they travel through space, they deposit a path of residues, that afterwards will become the meteor showers themselves.

This phenomenon takes place when the Earth, during its translation movement, makes contact with these residues. Concretely, it happens when the atmosphere contacts with these spatial residues. This process takes a few days, because the planet needs this time to completely get through this area of residues. As a result, the physical phenomenon of the meteor shower can be watched for several days.

Why do the Orionids have this name?

The meteors that form every meteor shower are normally named after the constellation in which they appear. For example, the Perseids are called that way because they appear in the same region as the Perseus constellation, although its origin has absolutely nothing to do with this constellation. In the case of the Orionids, the meteors are formed in the region where the Orion constellation appears. Featured characteristics of the Orionids

This meteor shower goes really fast at the level of the Orion constellation, with a declination of +16º; in other words, close to the Celestial Equator, a situation that allows it to be watched everywhere in the world. The meteorites that are formed have a yellowish-green color, and are formed by big particles which form persistent strokes. As a result, they are easily watched, although its top, on the 21st of October, is of only 23 meteors per hour.

An exceptional case: The 2006 Oriondis

Although we have pointed out several times in this article that the ZHR of the Orionids is of only 20-25 meteors per hour, in 2006 a really strange phenomenon happened. Exceptionally, during the day of the biggest intensity, on the 21st of October, there were registered rates of up to 50 meteors per hour; in other words: the double of the normal rate.

Of course, there is an explanation to this situation. During this year, the Earth made contact with an amount of spatial residues that was bigger than usual, because it made contact with really old paths of the Halley’s Comet. Concretely, with the ones from 1266 BC, 1198 BC and 911 BC. As a result, the ZHR was doubled. Other meteor showers caused by the Halley’s Comet: the Eta Aquariids

Halley’s Comet also provokes other meteor showers. The best well-known, after the Orionids, are the Eta Aquariids. They receive its name after the Aquarius Constellation. Concretely, after one of the most important stars of this constellation: Eta Aquarii.

They appear yearly, between the 21st of April and the 20th of May, being the 6th of May the day of bigger intensity. However, although it is considered as the most intensive day, in fact it is a space of time that last for a week, around this day. During this week, the intensity is quite similar. Probably because of this situation the intensity is lower: the ZHR is of only 30 meteors per hour, similar to the Orionids.

This has been our approach to the phenomenon of the Orionids. It is a meteor shower caused by the activity of the Halley’s Comet, and it can be watched during the months of October and November, being the 21st of October the most intense day.

Comparatively, it is a meteor shower of moderate intensity, because its maximum is of only 25 meteors per hour. Even though, as it happens with every physical phenomenon from space, it is exciting, so in StarExcursions we did not want to miss the chance to offer you a bit of information regarding this astonishing topic!

Featured Image: Brocken Inaglory, via Wikipedia (link to the license).

In text images: Brocken Inaglory, via Wikipedia (link to the license).